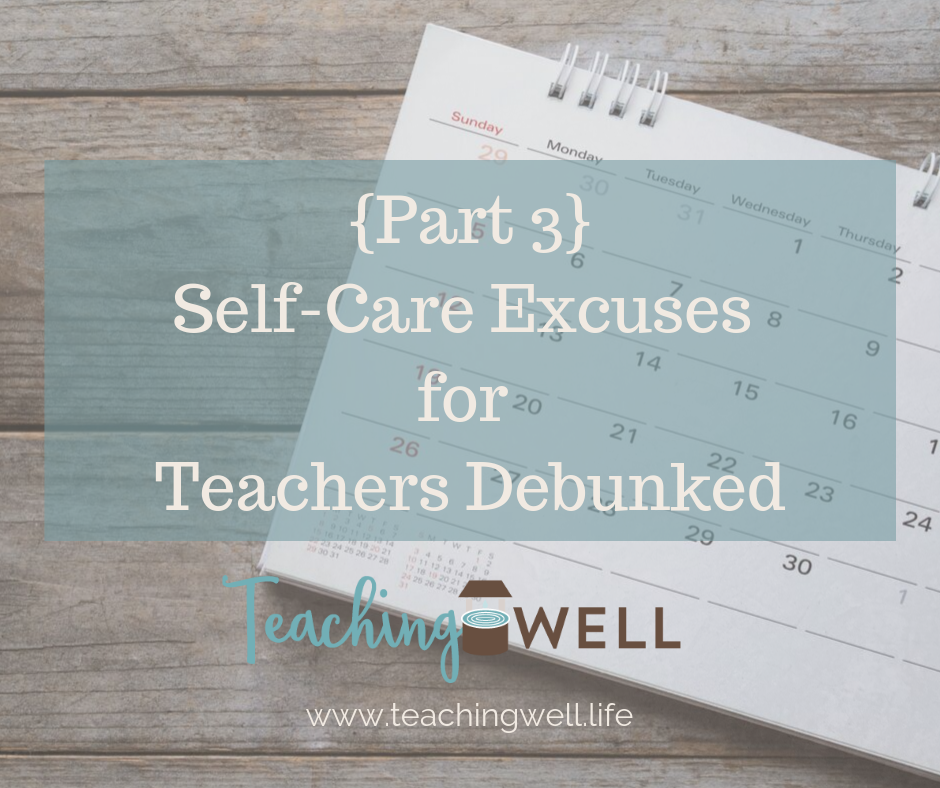 I’ll get to it later

If we’ve each come to the table believing that self-care is selfish and that we don’t have time but people keep harping on us that we need to make this more of a priority, we may have relented in an exhaustive tone saying…You’re right, I know I need to practice more self-care but I’ll get to it later.  Here’s the thing, we all know that we may have great intentions and that we really SHOULD be taking time for self-care but we’ll get to it later but later never comes.

The habits that actually stick in my life are the ones I schedule and am deliberate about.  The habits that I know I SHOULD do but don’t really actively try to make time for fall into the category of “I’ll get to it later.” So what I guess I’m saying is that studies on habits show us that if we don’t make conscious space for a habit to stick, it will be relegated to the “I’ll get to it later” category.

So one way to reframe it is to actually create an appointment with yourself and keep it or reschedule it just as you would a friend.  We tend to treat ourselves like second class citizens, when we really should treat ourselves with the same kindness we would a dear friend.

We’ve already debunked the excuse that self-care is selfish and know that self-care is actually selfless.  We’ve found time in our schedules to practice a little self-care each day. Now we’re turning this final excuse on it’s head because we’ve run out of excuses.  It’s not that we’ll get to it later, it’s that we need to get to it now. So, take out your calendar and planner and get to it now. Get to scheduling your daily self-care routine right now.  And if you have to miss the appointment or forget from time to time, you can reschedule just as you would with a friend.

So there  you have it the three self-care excuses debunked and flipped on their heads.

If you want to take immediate action to make a self-care date with yourself, sign up today for Teaching Well’s FREE 5-day challenge“Go from Chaos to Calm in Only 5 Days.”   This is an easy, actionable step that will move you from I’ll get to it later to getting to it now!

with a few simple techniques in a few short days,

join us for this FREE five day event!